Bitcoin Holding Above $52K Puts Crypto On Track For $100K

Bitcoin Holding Above $52K Puts Crypto On Track For $100K

Over the past year, bitcoin has risen by some 1,000%, a fascinating rally over traditional assets such as stocks and gold. Over the past year, Bitcoin and other cryptocurrencies have returned to prominence with more general investor interest, such as $1.5 billion from the purchase of Tesla Inc. Bitcoin.

According to one capital manager, cryptocurrency especially Bitcoin holdings above $52k would maintain price action on a long-lasting, upward-rising bull channel by more than 10% after new record highs set over the weekend. If so, the first cryptocurrency in the coming months will stay on track for $100K or more.

Here’s a closer look at the bullish uptrend channel which keeps the continuous rally afloat and helps in further Bitcoin Holding.

The speculation about Bitcoin price measures has shifted from bulging to new levels to resolve. With a sharp move of more than 10%, the leading cryptocurrency by market cap could be the beginning of a more deep bottom.

But as long as the price of bitcoin exceeds $52K, a long-term, parallel bull-channel will remain intact, according to Vailshire Capital CEO Jeff Ross.

According to Ross’s chart, the parallel upstream channel started with a breakdown above that former high at $20K From then on the rising bullish channel, price action has taken the asset three times its former peak.

Ross further states that if this upward trend channel takes place, the price of Bitcoin is well in progress, based on the technical picture, on the price of $100K per coin and above in the coming month.

Basically, Ross says on-chain metrics, like the growth of addresses and the activity of blockchains are bullish, and the macro-environmental for Bitcoin Holding is “wildly bullish.” The comment probably is that the US Government has just issued another trillion-dollar incentive package, with checks starting to appear in potential crypto-investors accounts this week.

Continuing monetary expansion and fresh and free capital ready to flow into the market cap of the cryptocurrency could prevent an increase in coin prices. Many techniques favour bears that can make an interesting and volatile moment a couple of weeks before March ends.

Bitcoin is indeed by most standards “wildly bullish,” but March is the worst month in asset history, and the quarterly closing of the candle is the first time ever to have bare divergences. Can the torrential upward trend withstand the foregoing factors, and can the macro-environment keep money way too bullish for bears to take a lead?

When the prices reached a record $61,000, Bitcoin abandoned all the gains made over the weekend. The prices for the most important cryptocurrency were only set to retreat rapidly in the coming days on Saturday.

The largest cryptocurrency fell nearly 7 per cent on Monday and changed little on Tuesday with a London morning trade of around $55.900. Vijay Ayyar, Asia Pacific leader with the Luno crypto exchange in Singapore said the volatility is due to investors profiting from Bitcoin’s recent run. 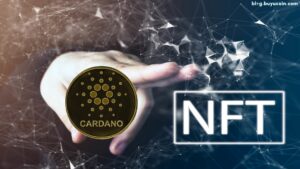 On the Cardano Network, SpaceBudZ makes the first NFT Sale Above $1 million

Cryptocurrency Industry to Self-Regulate, by IAMAI Board 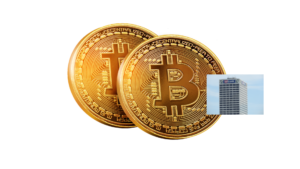 US Bank to Offer Bitcoin Custody Service for Institutional Clients 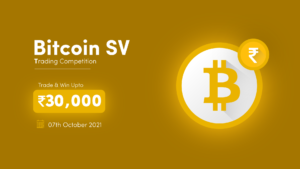 ATOM Enters “Trouble Area” as Price Rallies Another 9%; Pain Ahead?

April 7 Daily report: Polkadot futures open interest hits $1B, Kusama (KSM) is set to change the crypto landscape, Litecoin On The Verge Of Monster Move Against Bitcoin, Defi heats up and Balancer to Appear Outside Ethereum